Broadstairs has become known as one of the most beautiful seaside resorts in the country. This has been ably demonstrated in recent years as an army of film companies have shot commercials for television and many films on picturesque the Viking Bay, around the town and towards Joss Bay and Botany Bay, the locals favourite beaches. This coastal gem has so much to offer to both residents and visitors. Superb beaches, history and culture.

The High Street has a multitude of independent shops from the sweetie shop on the corner to high end couture ladies clothes, greengrocers, cards shops, butchers, bakers, gifts, shoes, off-licence, newsagents and quite probably a candlestick maker lurking in the background somewhere. There is also a Tesco Metro and Iceland store. A very wide variety of pubs, restaurants, hotels and guest houses abound to suit all budgets, likes and dislikes – whether it’s a friendly pub, a fish speciality restaurant or a vegetarian hotel.

The history of Broadstairs is fascinating. You have Eagle House on Viking Bay, which is where the first news of Wellington's victory at Waterloo arrived, while Hengist and Horsa popped over from Denmark to raid this country in 949AD. Their descendants rowed across in a replica Viking Ship in 1949 to celebrate the 1500th anniversary, which led to the change of name from Main Bay to Viking Bay.

Charles Dickens holidayed here on a regular basis and wrote some of his most famous tomes while gazing over the vista that is Broadstairs.

All around the town are plaques on the fronts of buildings proclaiming his visitations and novels but the best plaque is to be found on a beautiful purple home which reads: "Charles Dickens did not live here."; Oliver Postgate of Bagpuss and Clangers fame lived in the town and there is a beautiful mosaic plaque on the wall of his home.

There is the Dickens House museum with a variety of Dickens memorabilia and Bleak House one of his holiday homes that is now a luxury boutique hotel, where you can also learn about the smuggling that used to be prevalent in the area. Victorian engineer Thomas Crampton was also a Broadstairs man and has left many interesting points around town, including Louisa Bridge and Crampton Tower – this was once a water tower and is now a museum.

Broadstairs has a variety of events throughout the year, including the famous Folk Week that attracts vast numbers of musicians and Morris dancers from around the globe.

The Dickens Festival brings out a plethora of colourful characters dressed in Victorian costume, while you can enjoy a great choice of local food and drink from more than 100 stalls at the annual Food Festival. There is also Gala Day and regular fireworks displays that spice up the holiday fun during the summer.

Are you looking to sell or let your property?

Get your free valuation in seconds 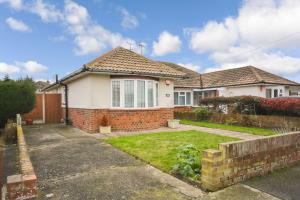 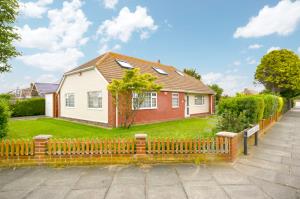 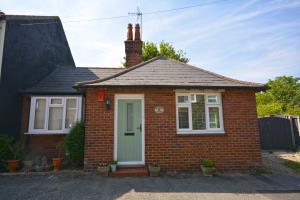 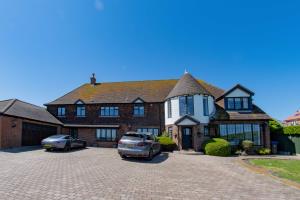 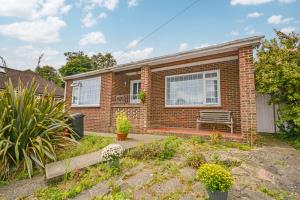 These guys were brilliant from start to completion! Had been looking for some time and had a quite few big disappointments but they matched me with an ideal property. It really was the kind of property you fall in love with and was beyond my initial ...
Ziggy Gaji on (Buyer)
I have rarely spoken to an Estate Agent who is so knowledgeable about an area and understands their Clients as I did whilst dealing with Vicki Field. It was an absolute pleasure to deal with Cooke & Co. The sales team very skilfully nursed a deal thr...
John Stillitz on (Buyer)
Great experience. We needed some help finding a home after I got a new job. The staff has been really friendly and helpful. They considered our wishes and gave us a feeling that we are in good hand
Bailey Palmer on (Buyer)
They paid attention to everything we told them and they seem to know a lot about this area. We felt really comfortable and in good hands. Their offers were very suitable and the team has always been there for questions.
Kieran Howell on (Vendor)
Great services! I'm really pleased and highly recommend!
George Johnston on (Vendor)
We would hope for the exchange to happen asap due to our timelines on our next property. Can I ask that we have a strong push for this? And thank you for all your efforts so far, you've been great mate.
Mr Bush on (Vendor)
You have sold my house after one week I love you
Demelza Bennett on (Vendor)

© Cooke & Co 2019. All rights reserved.
Cooke & Privacy Policy Terms & Conditions Company History Careers Log On
Site by
To request a repair online 24 hours a day, please use the button below.
Alternatively you can contact our repair team on 01843 234771 during normal office hours.
Cooke & Co are here to assist with every aspect of your property search. Take a moment to read through our Buying and Renting guides to get you started.
Your rental list (PDF) should begin downloading shortly